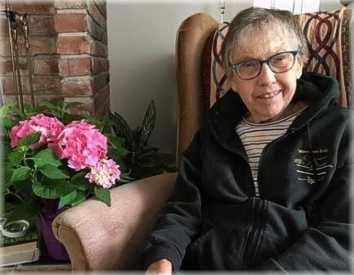 Born in Oshawa Ontario, Dianne and her brother Garney grew up with a Mom who was a trailblazer.

Not to mention a bit stubborn, but in a kind and subtle way.

Dianne went on to master all of these traits, and passed them along to her own children.

Dianne had met her future husband Dick (H. Richard) when they were teenagers in school together, and she knew a great thing when she saw it.

She boldly asked him to a Sadie Hawkins dance, thus setting the stage for a life of love and true partnership.

The rest became her future, and our history.

The couple was married in Oshawa in September 1962, with Dick having joined the Canadian Armed Forces and Dianne having completed the Nursing program at Toronto Western Hospital.

The military life had them setting up their first home together at Canadian Forces Base (CFB) Cold Lake Alberta, where they welcomed Craig, the first of their three children.

Dianne loved Victoria, and knew that she wanted to remain on the West Coast and in the home that Dick had bought without her having seen. Except for a 3-year stint 'up-Island' at CFB Comox, which brought the opportunity for more wonderful friends, Victoria would be home for the rest of Dianne's life.

In 1984 Dianne fulfilled a dream by becoming a university graduate, completing her BSN at UVic. Dianne not only opened the door for her future job in Home Nursing Care, which she loved, but she met wonderful friends who remained at her side until the end.

Dianne was a woman of many interests. In addition to her family and her nursing career, she enjoyed hiking, swimming, cycling, camping, sewing, knitting, quilting, and reading. Dick and Dianne had many years of practicing Tai Chi, and enjoyed regular Bridge nights and Yellowpoint weekends with friends.

In her retirement years, Dianne spent many Wednesdays volunteering at the St. Aiden's thrift store, and occasionally modelling in their annual fashion show. From the mid-1970s to the mid-80s, she took piano lessons, starting with the basics along with all three kids. Her love of music was a constant; she was a season ticket holder with Victoria Opera for many years and she and Dick were subscribers to the Victoria Symphony until the pandemic halted their programming.

Dianne leaves behind her devoted husband Dick; brother Garney (C. Garnet) and sister-in-law Joyce of Courtice, ON; children Craig, Nancy, and Heather; their spouses Sheri, Tony, and Eric; grandchildren Eli, Taylor, Logan, and Holly; and many friends. We will remember her laughter, self-effacement, impeccable politeness, a hidden love of ice cream, and enthusiasm for laundry days!

We'd like to thank ALL the staff we interacted with at Hospice, Dr. Kevin Wade, and Dr. Wayne DeMott.

You can join us in honouring Dianne's life with a donation to a charity of your choice.