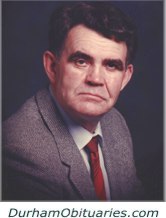 Loved dearly by his nieces and nephews, Harry passed away peacefully in Whitby, Ontario.

He is survived by his sisters Tiny, Jo and Rina, by his stepson, Andrew Kirk, and by his loving wife and best friend, Debbie Kirk-Van den Boom.

Visitation will be held on Wednesday, November 8th 2017 from 10am - 11:30am at W.C. TOWN FUNERAL CHAPEL, 110 Dundas Street East, Whitby followed immediately by a service in the chapel at 11:30am. Interment at Resurrection Catholic Cemetery, Whitby.

If desired, condolences may be expressed online at  wctownfuneralchapel.com.