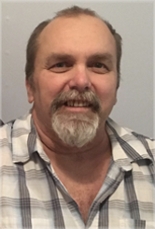 Ken was a fighter and had a heart of gold by all who knew him, he was always willing to lend a helping hand and assist in any way he could. He made sure you knew you were loved and were always welcomed. He had a contagious laugh and a smile that would light up a room. He was a good man, one of the best.