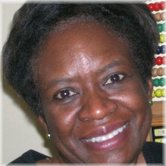 Angela will be deeply missed by her sister, Fiona and niece, Lauren, with whom she lived and shared each day.

Angela was predeceased by parents David and Sheila (nee Hutson), brother Michael, and many dear aunts and uncles.

Angela lived quietly, was reliable and wise, funny, and an enthusiast of good film and good music.

Donations to Kids Help Phone in Angela's memory would be appreciated.