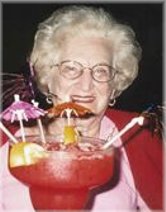 Beloved wife of the late Irving Cooper and loving mother of Jerry and Sharon Cooper, and Rodeen and Ralph Antrobus.

She was blessed with and took delight in her great-grandchildren Jessica and Rachel Ferguson, Elena and Naomi Weber and Isaac, Orli and Noa Cooper.

Dear sister of the late Anjou and Joe Silver, Philip and Anne Kerbel, Betty and Louis Rayman, Sarah and Joseph Lipsky, Laike and Moshe Blaiberg and Maurice and Gert Kerbel.

Dear sister-in-law of the late Fred and Goldie Cooper, Molly and Leslie Graham, Joe and Lee Cooper and May Cooper.

Fondly remembered by many nephews and nieces.

The family is thankful for the ongoing care provided by Dr. Shim Felsen, along with the dedication and compassion of her caregivers Myrna and Lerma and the Circle of Care team.

Memorial donations to charity of your choice.