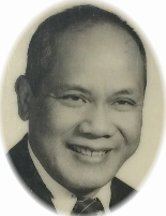 Alfredo was born on February 15, 1939 in Pangasinan, Philippines. His father, Norberto was a goldsmith before he was ambushed during the Japanese occupation in the Philippines in 1942. Alfredo was only 2 years old when his father died.

He has 2 older brothers, Conrado (deceased) a Surgeon and Antonio was an Electrical Engineer (retired). He has 2 sisters both in Canada, Leticia and Melinda.

During Alfredo's elementary school year, he did a lot of menial jobs to help support the family. At high school, he worked part-time as a stockman at his Uncle's bus company. It is here where he learned to be a mechanic. He supported himself throughout college studying Mechanical Engineering until he got a full-time job.

He got married at the age of 22 when he met his wife, Elvira, in Manila in 1961. Shortly after he started a taxi business operating 5 taxis before he and his wife went to Scotland to work as house helpers for 2 years before coming to Canada.

Both of them worked for the Bata Family, owner of Bata Shoes in Toronto for 24 years until retiring in 2004.

Alfredo was very generous and helpful throughout his life. His goal was to help family and friends have a better life. Along with his wife, they assisted a lot of people to come to Canada. He would help neighbors in the winter shoveling their driveways. If you ever needed anything, he will run to assistance at an instant.

The Aviso family would like to than the doctors and nurses at Sunnybrook Hospital collectively doing their best to prolong Alfredo's life.

The family will receive friends at the Humphrey Funeral Home A.W. Miles, Newbigging Chapel, Toronto from 5-8pm on Friday, January 17th. Mass will be held at 10:00am at St. Margaret of Scotland Church, 222 Ridley Blvd, Toronto on Saturday January 18th. Internment will follow.