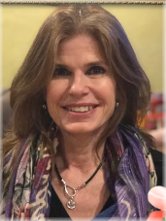 GILL, Elizabeth (Kukulowicz) - On Thursday, January 23, 2020, Liz lost her heroic battle against cancer. Cancer, a villain that cares not who it takes just that takes and takes and takes.

With Liz, it took a brilliant mind, a loving wife, a superbly dedicated mother, a loving daughter, a loyal sister and friend.

Although the timing is never right, for Liz and for us, it was too soon. Liz fought every single hour of every day to try and stay with her family.

\Her husband Shayne, who never wavered and was constantly by her side. Her daughter Caitlyn drew from her mom's strength and miraculously continued to skate every day with her mom cheering her on, often by facetime from a hospital bed. And her young son Ryan, the kindest son a mom could ever hope for, played hockey, baseball, went to school or was by her side. Her step-daughter Halle - just starting her new life as a graduate – being an amazing big sister and taking time to help the family. Liz's dad, a true hero, along with her brother flying back and forth from Boston to be with her at her many appointments. Liz lived in Canada but the U.S. was home.

She was supremely accomplished - Boston born. An undergraduate degree from Harvard, a graduate degree from Stanford and a slew of accomplishments along the way; a former lead marketing executive for Disney ... once moving to Toronto, dedicating herself to her children while heading marketing at Davies law firm, leading marketing at Danier, heading the The Childhood Cancer Foundation Canada in Toronto, all the while championing her children's success.

A true Patriots, RedSox and Bruins fan, no one was happier than Liz when the Patriots won another Super Bowl. A lover of tradition, every year the best Halloween party was hosted at their home with Liz as a beautiful Disney Princess.

Liz and her family want to thank everyone who loved her so much and are mourning her loss – thank you for your strength and help through this most difficult time.

In the words of her favourite band, Bon Jovi IT’S MY LIFE IT'S NOW OR NEVER I AIN’T GONNA LIVE FOREVER I JUST WANT TO LIVE WHILE I'M ALIVE IT'S MY LIFE I DID IT MY WAY

She has chosen to be buried in Boston in a private ceremony alongside her mother, Faith and her younger brother, Christopher.

The family would also like to thank her caregivers and the joint care of Doctor Bernardini and Doctor Razic and their amazing teams at Princess Margaret and Mount Sinai Hospitals.

Please join us in celebrating her life at 10:00 a.m. on Saturday, February 1st at St. Michael’s Cathedral, 65 Bond Street, Toronto, followed by a reception at the Toronto Lawn Tennis Club, 44 Price Street, Toronto.

In lieu of flowers, donations may be made to the Princess Margaret Hospital Foundation, Attention Dr. Bernardini, 610 University Avenue, Toronto M5G 2C1 or through their website www.thepmcf.ca.