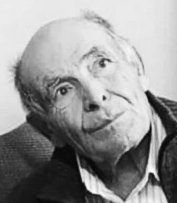 CASSANDRO, Angelo – A resident of Etobicoke, passed away peacefully on Saturday, February 8, 2020 at Advent Health Hospice in Orlando Florida at the age of 93.

He was born on September 11, 1926 in Fosso, Venezia, Venuto, Italy to Antonio & Amalia (nee Conte) Cassandro, the second last child of nine.

Angelo immigrated to Sudbury, Ontario in 1951 and shortly thereafter worked for INCO. He retired from there at age 55 years but continued to work on numerous projects until his early nineties.

Angelo’s passion was dance; he also excelled in gardening and working creatively with his hands. For the past 39 years Angelo spent all his winters at his Florida home.

He was predeceased by his wife of 46 years, Bortola Cassandro (nee Piazza); Giuliano’s wife Janet (nee Bird) and her son Jason Matthews as well as all of Angelo’s siblings.

Relatives and friends are invited and may call at Newediuk funeral home, Kipling chapel, 2058 Kipling Avenue (North of Rexdale Boulevard), Toronto on Tuesday, February 18th from 2–4 and 6–9 p.m.

In lieu of flowers, gifts in his memory to the Ontario Heart and Stroke Foundation would be appreciated.