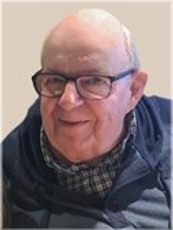 Born on November 16, 1945, Bill spent his formative years in London and graduated from the University of Western Ontario.

A master of reinvention, Bill changed careers many times and in 2010 he was appointed to the Social Benefits Tribunal, where he had a reputation for being both compassionate and fair.

He parlayed his love of politics into a career of over twenty years at Queen's Park where he held various roles including Assistant to the Whip, and Director of Operations for the Liberal Party.

He always had time for the junior members of his team, who he loved mentoring, and could often be found raising a glass with colleagues at local watering holes.

A kind and genuine man with a great sense of humour, Bill had an endless curiosity about the world and never stopped learning new things.

He is survived by his wife Mary Lou, his sister Judy Thompson (Rod), his daughters, Kim and Liz (Chris), his stepsons Darren (Melissa) and Craig (Heather) and his beloved grandchildren Alexa, Bobby, Katie, Isabelle, Madalynn and Holly. He will also be greatly missed by his nieces and nephew and extended family and friends.

Predeceased by his parents Gib and Beryl Murray and his brother David (Connie). He fought a brave battle, never complained and went peacefully.

Rest well, Billy, we love you.

Given the current need for social distancing, a celebration of his life will be planned when possible in Toronto.

In lieu of flowers, donations can be made to The Kidney Foundation of Canada.