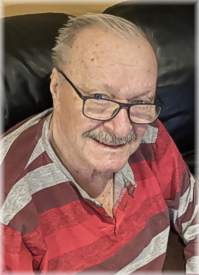 A remarkable man, Stephen will be greatly missed.

He had a unique sense of humour, loved people, had a zeal for life, demonstrated love, loyalty, strength, guidance and passion.

Brother to Cathy and Helen, friend to many.

Recipient of the Police Exemplary Service Metal (1985), "Fraud Squad", Sergeant and RBC Fraud Investigator. He had pride and was noble.

A celebration of life will be held just after the 40th day of his passing and will be announced via social streams and newspaper.

Stephen "Over" Schwets. "Over and out." We love you.

Those wishing: Donations in his honour to support the Jumpstart for Kids program.