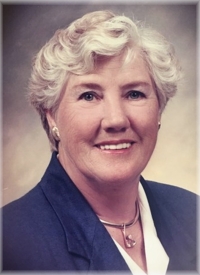 Fiep was an avid tennis player, skier and golfer, and enjoyed time at their vacation home in Ellicottville, New York.

They loved spending winters in Florida and summers in Minnesota. In 2009, Fiep moved to Foxdale Village in State College, Pennsylvania, where she enjoyed many activities including choir and the recorder group.

The family will be having a private celebration of life.

In lieu of flowers, donations can be made to your local animal shelter.