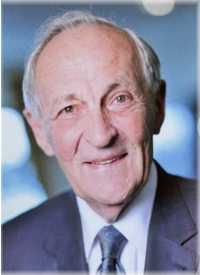 Beloved husband of the late Laura.

Devoted father of Rasamayi and Chris.

He was a musician in his younger years, playing the French horn with Les Grands Ballet, The National Ballet of Canada and the Stratford Music Festival.

Later he became a renowned technical analyst and market consultant for over 50 years.

He never lost his love of music and continued to entertain, playing the piano for his family and Sunni, his parrot.

Horst was a passionate amateur bird photographer which he won many awards for.

He loved to travel to exotic locations in pursuit of the perfect picture.

He will be greatly missed by all those who were touched by him.

A Celebration of Life will be planned in the weeks to come.