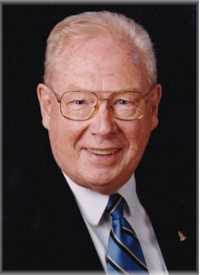 His extended family shared this affection, including Tomoko, Ty and Tim; Colm, Ruby and Iris; (Eleanor and Joe, both deceased); Barbara and Graeme; Jo Ann (and Ray); Richard and Sharon; Jeff, Ian, (Richard), Patrick, Mike, Marsha, Steve; as did many friends around the world.

Barry was born in Souris, Manitoba, and grew up in Vancouver, British Columbia where he attended Vancouver College. He earned a BA at UBC, and then an MA and Ph.D in Philosophy at the University of Toronto.

Barry was Professor (Emeritus) in the Department of Philosophy at St. Michael's College at the University of Toronto.

He specialized in the ethics of research with human subjects and was a founding member of the Joint Centre for Bioethics.

He was also Associate Chair (Undergraduate) of the Philosophy Department and served on the U of T's Governing Council. Outside U of T, Barry was a member of Ontario's Health Research and Development Council and served as President of the Toronto Chapter and the National Board of the Juvenile Diabetes Foundation Canada.

After his retirement from U of T, Barry joined Ethica Clinical Research as Chair of its review committee.

In 2003, Barry received the Lifetime Achievement Award for Excellence in Human Research Protection from the Health Improvement Institute.

After a second retirement at 80 years of age, Barry continued to serve; his last appointment being to the Quality Committee of the Board at Sunnybrook Hospital in Toronto.

A Funeral Mass will be held at St. Anselm's Catholic Church in Toronto on October 1st at 1 p.m. In lieu of flowers, please donate to the Good Shepherd Ministries.