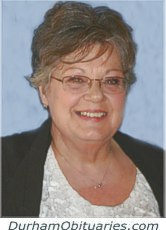 The Murray family continued to grow and soon settled in Port Perry Ontario, where Karen attended elementary and high school.

After spending her teenage years babysitting and helping care for her younger siblings, Karen attended Sir Sandford Fleming College in Peterborough, where she graduated with the very first class of Early Childhood Educators, cementing her lifelong passion for working with children.

She took a job in Oshawa, Ontario as a Nursery school teacher, settling nicely into a life in the city.

On a snowy winter’s night, she met AJ LeBel, who she always claimed to immediately know was ‘the one’.

The next few years were a whirlwind for Karen and AJ, as they welcomed Shannon Dawn in March of 1974, moved to Chatham, Ontario, where they welcomed Shane Roger in December of 1975, and purchased their first home together in nearby Thamesville in 1976.

In Thamesville Karen ran a home daycare, and AJ a renovation company.

The late 70s were a time of true joy and contentment for this little family of 4, and their fuzzy brown pal, Barney.

The siren call of the oil fields lured the LeBel’s west, and in 1980, they moved to Thorsby, Alberta. In Thorsby, Karen began a career as an education assistant, while AJ made efforts to start up his construction business on the tail of the oil boom.

Despite developing a great circle of friends, and welcoming visits from family from afar, life in Alberta was not meant to be for the LeBel family, and in the summer of 1985, they returned to their roots in Oshawa.

Over the next decades Karen worked as a college instructor, ECE, and ultimately a childcare centre supervisor, where she spent many happy years with Schoolhouse Playcare.

In October of 1995, she and AJ were elated to become grandparents, when Bailey Joseph was born, he quickly became the centre of their universe and was a true source of joy when AJ was diagnosed with and quickly succumbed to illness in September 1996.

The next year was a quiet one for Karen, as she adjusted to life on her own for the first time in nearly 25 years, but was fortunate to be surrounded by an amazing circle of family and an extended group of friends who were like family to her.

In October of 1997, she welcomed the birth of her second grandson, Caleb Frederick – who joined in his brother in being the single greatest source of joy and pride in her life.

The late 90’s and early 2000’s were times of friendship, laughter, celebration and occasional grief.   Karen spent endless hours enjoying life at her trailer in Campbellford, discovered a love of the tropics during multiple trips south, and left her job in childcare to return to an Education Assistant role with Durham District Schoolboard.

In 2010, she met Ron White, and realized the second love of her life.

She and Ron were married at home in March of 2012, where they lived with their faithful sidekicks, Mindy and Buffy. Life was easy, enjoying being outside at the pool in the summer, sitting for hours with family at friends at their dining room table enjoying Karen’s home cooking and baking, relishing her relationships with her daughter-in law Lee Ann and son-in-law Steve, and traveling whenever possible.

In January of 2016, Karen was delighted by the arrival of first granddaughter, Elsbeth (Ellie) Tremblay, who became a ray of sunshine as she began to struggle with her health. She left her role as an EA in early 2016 to focus on her health, spending her final two years with her husband, siblings, family and friends – delighting in every single moment with her grandchildren, who were the light of her life.

After battling chronic lung and heart disease, Karen peacefully passed on Monday, February 5, 2018, holding the hands of her children, and surrounded by the love of her whole family. She will be sorely missed by all the many people whose lives she touched in so many ways.

Whether a stranger in a grocery store line, a child in her care, a student, co-worker or one of the many to call her friend – Karen shared of herself generously and openly and leaves behind a legacy of love.

Funeral Service will be held in the Chapel on Saturday, February 10th at 11:00 a.m. Cremation.

Memorial donations to Camp Oochigeas would be appreciated.

Because Karen loved children, please feel free to include your children for her visitation and or funeral.