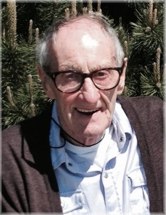 Longtime companion of Mary Tennant, brother of Josephine, Maura and the late Sean.

Bob was born in Dalkey, Ireland on November 12, 1929 and was raised on the family's dairy farm. He was one of the founding members of the Toronto Saracens Rugby Club and was the team's first captain.

He was involved in Rugby for most of his life and also played tennis into his late 70s. He loved the outdoors, taking long walks and enjoyed travelling, especially back to his hometown in Ireland.

The family would like to thank the Wenleigh for the wonderful care Bob received.

A special thanks to the daily care from Sheri and Letty.

If desired, remembrances may be made to a charity of your choice.