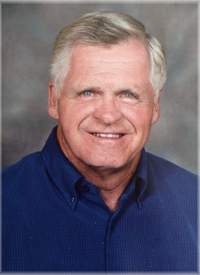 On Saturday May 8, 2021, the Hickey family lost a Husband, Father, Grandfather, Brother, and Uncle, to Parkinson’s and a severe stroke.

John was the beloved husband of Marlene for 52 plus years.

Born and raised in Peterborough, he lived for adventure, was known for his toughness, won’t quit attitude, and playing football for St. Peter’s.

Some of his fondest memories as a youth were working as a newspaper boy and working at Red and White’s General Store.

His adult career started at Outboard Marine, moved on to Sears, he then rounded out his career working in Corrections.

He loved playing and watching sports, refereed Wheelchair Basketball and was quite the card player. John offered up his time with heart and soul for the Seniors at Taunton Mills, whether it was playing cards or doing recreational activities and playing Santa Claus.

His charismatic and giving nature extended to not only his friends but also to his church family at All Saints Anglican Church.

In lieu of flowers, the family would appreciate memorial donations to go to All Saints Anglican Church or a charity of their choice.

Arrangements are entrusted to THE OSHAWA FUNERAL HOME .

A celebration of his life will be held later when his family and friends can gather and raise a glass of scotch in his memory. That is what he would want.