COBDEN, Michael John - Michael Cobden, 77, died on December 24, 2017, leaving a community of adoring students, colleagues, caregivers, friends and family from around the world.

Michael was born and raised in Johannesburg, South Africa, son of Harry and Marsh Cobden. He attended Kingswood College, Grahamstown, and worked as a journalist for the Rand Daily Mail. He left South Africa for Canada and worked at the Toronto Star and the Kingston Whig-Standard, and then at the University of King’s College where he was Director of the School of Journalism, during which time he served on many boards, spoke at many conferences, conducted many research and consultation projects, and wrote for the Halifax Chronicle Herald and the Daily News.

BECK, John (JACK) Francis Allen  - Peacefully with his wife at his side on December 24, 2017, after a lengthy battle with Parkinson's disease at Tall Pines Nursing Home at the age of 82. 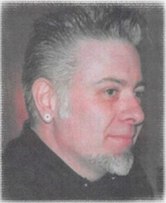 FARR, Christopher Douglas  - It is with great sadness that we announce the passing of Chris.

Born in Walkerton, Ontario on December 19, 1968, the son of Florence (nee Klages) and Douglas Farr, Chris passed away unexpectedly, at the age of 49, on December 24, 2017 while spending Christmas with his mother at her home in Thornbury.

In 2007 Chris was predeceased by his father whom he greatly admired.

Joan left us with grace, dignity and with her loving family by her side.

In addition to her four children in the U.S., she is survived by a sister Anne Kellar and a brother David Ross, both of Ontario. 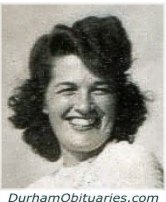 Her family moved to Oshawa, Ontario in the 1920’s.

Joan graduated from Nursing School in Peterborough in 1941.

MONTINI, Erilda (nee FERRARI)  - Peacefully with family by her side early Saturday morning, December 23, 2017 at Trillium Health Partners - Mississauga Hospital, at the age of 97.

Born on January 13, 1920 in Patrica, Italy to Natalino Ferrari and Giuseppina Costanza.

Beloved son of the late Ciro Adamo and Francesca Gassira.

After a brief illness with Cancer the lord has taken him away too soon.

He had such a zest for life and will be someone who will always be remembered.

It is with great sadness that the family announces the passing of their dear John on Saturday, December 23, 2017, joining his wife the late Kathleen Carson-Gambles.

CHAPMAN, Audrey Lorraine (nee Goodfellow)  - Passed away on December 23, 2017 surrounded by her loving family at the age of 73.

Duncan of Peterborough, Guelph and Toronto in his 95th year.

Passed away peacefully surrounded by family on the 23rd of December, 2017 in Toronto.

Frank was born in Illinois and later spent over 30 years in Mississauga, Ontario, building a successful business before retiring in Florida. 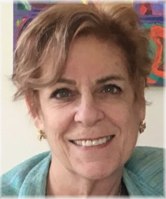 Sandra was a loving mother to Jillian (Chris) and a doting grandmother to Callum and Oliver.

Sandra has gone home to God now, and is with all those she has missed for so long.

McQUARRIE, Donald Charles  - It is with deep sadness that we announce the passing of Don McQuarrie on Saturday, December 23, 2017 at the age of 94.

Reunited with his wife and soul mate Ruth and survived by his sister Margaret Crook.

MORRIS, Joyce Dianne (nee LITTLE)   - The family of Joyce sadly announce her passing in Burlington, on Saturday, December 23, 2017, at the age of 70.

Sandy was born February 15, 1948 in Toronto and was a lifelong resident of the city. 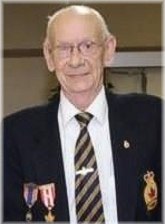 Peacefully on December 23, 2017 at Southlake Regional Health Centre in Newmarket at the age of 76.

Beloved husband of Madeline for 67 years.