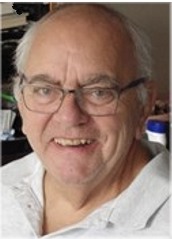 He was predeceased by brother Bill Evans.

Terry began a business career while he was still in school, working for variety stores and bakeries in Toronto.

By the 1970s, he had advanced into a solid career with Dominion Stores.

An offer from Safeway led him to Winnipeg, then to Vancouver.

By the mid 1980s Evans was the Human Resources Officer for Safeway Stores.

Before his retirement, he had been promoted to the position of Controller for the entire company. In semi retirement, Terry worked as a forensic auditor with several firms on large contracts.

As recently as 2019, he was en expert tax return preparer, with clients across Canada.

In lieu of flowers, his wish was that donations in his name be given to the Scarborough Philharmonic Orchestra: https://www.spo.ca/donate-for-great-music/.