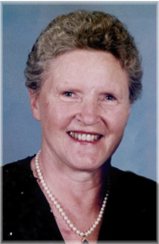 Loving mother of John and his wife Lou-Anne.

After spending many years as a nurse in the emergency ward at Scarborough General Hospital and travelling around the world with her husband who was a Sea Captain, Aina retired to pursue her many passions.

She was a very talented gardener, winning many prizes for her orchids.

She was deeply involved in creating Ikebana flower arrangements, even giving demonstrations at the Japanese Canadian Cultural Centre.

Aina was also a great cook, baking cakes for the Latvian Canadian Cultural Centre, as well as treating her friends to her glorious cheesecakes.

In lieu of flowers, donations to Kristus Darzs Latvian Home would be appreciated .