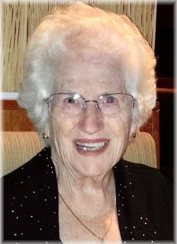 Due to complications of Alzheimer's, peacefully, at Sunrise Retirement Home, Burlington.

Born in Ottawa, Ontario, to William and Margaret Wylie, she married Bruce Roland Waldron, who preceded her in death in 2010. Barbara was rarely still, preferring to care for her family and friends.

She worked in many crafts, delighting in learning new skills.

Many friends and family were recipients of the fruits of her labours.

In addition, she volunteered at Joseph Brant Wellness House for many years.

Despite severe arthritis and two knee replacements, she could be seen walking in her neighbourhood daily, head down, arms swinging, driving ahead.

Interment will be scheduled at a later date.

In lieu of flowers, donations to the Alzheimer Society of Canada are welcome.

Special thanks are given to the staff of Sunrise Retirement Home in Burlington who treated Barbara with love, respect and kindness.