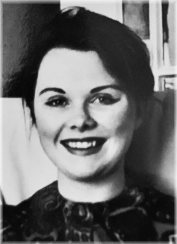 COXE, Judith Constance   -  On July 27, 2020, Judith died in Chicago, after a seven-month battle with acute leukemia.

She leaves her children, Stuart and Martha; her husband, Don; her grandchildren, Erica and Anthony; and her brother Stuart and his partner Nancy.

Judy was born in Toronto in 1937, graduated from Victoria College in the University of Toronto, and lived on Chicago's Lakeshore Drive for more than two decades.

She was a wonderful wife, mother, and friend.

Over her lifetime, she was a radio and television performer, high school and university teacher, stage actress, painter, poet, gardener, and, after coming to Chicago, was active in the International Women's Association Literature Group.

The Chicago theater world knew her for 20 years as a respected member of the Joseph Jefferson Committee, critically reviewing professional plays and musicals. When her health began to fail in January, she resigned, having judged an estimated 1,700 performances.

In her last year of life, she decided to blend her love of literature with her love of beauty.

Despite a rapidly-advancing disease that forced her to make repeated hospital trips, she composed and published a book of her poems, photos, and paintings: "Art and Poetry: Sight and Insight".

Near the end, she encapsulated her joy--- a poet's inspiration: Inspiration Without a compass folds awareness in upon itself It is a singing river surging to an unknown sea. T

here are no rules to guide its music Inspiration spins among the stars to the rhythmic pounding of the heart Many thanks from the family to the medical oncology and palliative care teams at Northwestern Memorial Hospital, and the caring community at Brookdale Assisted Living.

Donations, in lieu of flowers, are encouraged to be made to Multiple Sclerosis research.

A memorial gathering, in Chicago and Toronto, will be planned when normal times return.