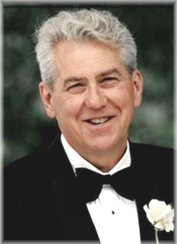 Edward Wroblewski of Lakefield, in his 80th year.

Edward spent 10 years in teaching and administration in a school board in Montreal.

He completed his career providing human resources and labour relations advice to multinational corporations. Edward is loved and missed by his wife Mary Ferguson-Paré.

Memorial donations may be made to the P.R.H.C. Foundation (Nursing Innovation Fund) as expressions of sympathy.