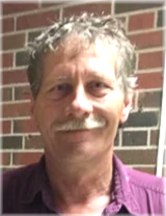 ROBINSON, Reginald 'Reggie' Francis - It is with a sad heart that we announce the passing of Reggie Robinson on Thursday, June 10, 2021, at the young age of 58 at his home in Etobicoke.

He is at peace and reunited with his parents Mary Ann Robinson (Bromell) and George Edward Robinson.

He is survived by his wife Edith.

Loving father of his daughter Meagan.

Dear brother of Brian Taylor and his wife Marlise, and Debbie Sanders, and sister-in-law of Bev Taylor, and Valerie Clark.

Reggie will be missed by his nieces and nephews, David, Nathan, Nicole, and Alyx.

In these difficult times the family is unable to provide a ceremony to properly honor Reggie’s life, so family and friends are invited to share messages, memories and photos on his memorial page here.

If desired, donations can be made to the Heart and Stroke Foundation.