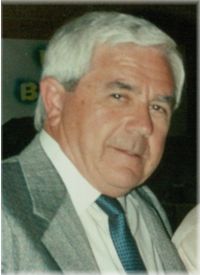 Dad was born on January 14, 1925 in Toronto where he grew up and met the love of his life, Gloria Muscatello of Sault Ste Marie at a family party that welcomed him home from the war.

Dad and Mom married in April 1949 and over the years raised their three children and enjoyed many vacations travelling with family and friends.

Dad worked in the metal fabrication industry with his brother Fred for 50 plus years.

Besides the love Dad had for time spent with his family, he was an avid golfer, enjoyed watching sports, playing cards and board games and always looked forward to the annualtrips to Florida.

Dad was a gentleman who was kind, caring and loving. He was devoted to his faith and ushered at his parish for many years.

Predeceased by Mom in 1992, he spent the next 29 years surrounded by the love of his children, grandchildren and great-grandchildren who will forever hold him in their hearts.

He was predeceased by his brother Fred (Daisy) in 2018. He is survived by his children Darlene, Brian, and Eddie (Linda); his grandchildren, Tara (Mike), Mark (Thanh), Alicia (David) and Edward; and his great-grandchildren, Calum, Faryn, Anabel, Hank, James and Emme.

Dad will be fondly remembered by his many nephews, nieces and extended family. We would like to give a special thank you to his live-in caregiver Ligaya Alilin who helped take care of him over the past 3 plus years.

Due to current health concerns and our wishes to keep family and friends safe, a private funeral has already been held and we have laid our father to rest at the Queen of Heaven Cemetery. A Celebration of life will be held sometime in the future.

If you wish, donations may be made to the Alzheimer Society in memory of our father.