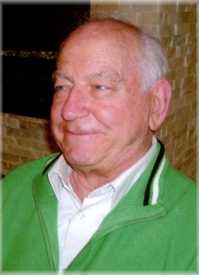 His death ended a good life committed to family and friends.

Jack took great pride in their accomplishments, coaching them in softball, as well as cheering them on in their other athletic and musical pursuits.

A similar engagement extended to his relationships with his grandchildren: Ryan, Cam (Ashley), Daryl, Brendan, Amanda and Jake.

Sadly, Jack never had the opportunity to know his great-granddaughter, Fiona, who was born last year.

Jack was predeceased by his parents, John and Rena, his sisters, Violet and Edna, and his brothers, Frank and Wesley. Jack is survived by his sister, Rena (Mike), as well as other in-laws, nieces and nephews. A special thank you to the staff of the Davis Wing at The Isabel and Arthur Meighen Manor for their respectful and caring support of Jack over the past seven years.

In lieu of flowers, the family would appreciate donations to Meighen Manor c/o of the Salvation Army.

A memorial service has taken place.