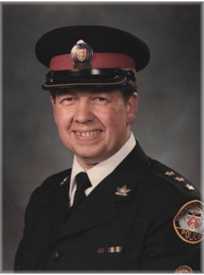 The family of William "Bill" Bishop, with great sadness, announces his passing on October 27, 2022.

Bill was in his 92nd year, and lived a full and admirable life.

Bill was born and raised in East York, Ontario. His parents, William and Martha Bishop, and brother, Walter Bishop, were a close family whose values were strong.

Bill met the love of his life, Margaret Elizabeth Burnett, and they married on April 25, 1958.

Bill and Margaret had two children, Stephen and Elaine. Margaret passed away on November 12, 2003. She is deeply missed by her family.

Bill was a proud member of the Toronto Police Service. 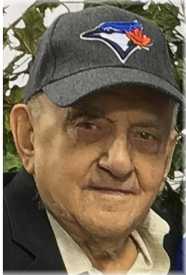 PATTERSON, John Russell   -   Born in the village of East Bolton, Quebec on January 7, 1921, John passed away peacefully at the Scarborough Health Network – Birchmount Hospital, on October 26, 2022, in his 102nd year.

Predeceased by his beloved wife of 51 years, Kathryn and his special friend, Betty King.

Also predeceased by his parents, Robert and Susie Bryant, his brother, Harold, and his sisters, Irene and Mabel.

Forever missed by his loving children, Ann, Donna (Arthur) and Janine, his grandsons, Kareem John and Hadi Bryant, and great-grandfather of Arya and Dahlia.

John is also survived by his brother, Stan, sister, Elsie, brother-in-law, Ian Stewart, sister-in-law, Betty Stewart, remembered fondly by his many nieces and nephews, and will be missed by many friends and acquaintances.

John was an avid bridge player and Blue Jays fan, was an exceptional gardener. Church was an important aspect of his life. 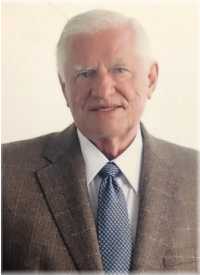 Predeceased by his parents, Frank and Margaret Mitchell; and remembered by his brother, Bob. 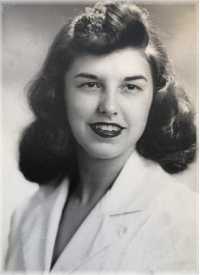 Beloved wife of T. Brad Hatch, who predeceased her in 2010. Loving mother to Brad (Marguerite), Cheryl (Ray) and Mark (Dianne).

Predeceased by her parents Edwin and Florence Wratten, her brother Leonard Wratten and her sister Shirley Willison. She is also survived by her seven grandchildren and four great-grandchildren.

Beryl loved spending time with her family at the cottage on Chandos Lake.

She was an ardent curler at the Granite Club and golfer at Rosedale.

She was the consummate hostess and a wonderful cook. She was always immaculately dressed and bejewelled.

She and Brad loved spending time with friends and family and vacationed on six different continents throughout their lives together.

Born in New Amsterdam, Guyana, in 1932, Lauretta built a career in the financial industry, moving to Trinidad in 1961 and then to Toronto, Canada, in 1973.

Sylvia is survived by her nephews, Nicholas, Anthony, and Michael; and by her nieces, Susan and Patricia; and their families; as well as by her "adopted clan," Anna and Julian Porter and family.

Sylvia was a compassionate ally to underdogs - animal and human - and a keen observer.

He was the son of The Rev. Hope Swayne and Mrs. Edythe Eby Swayne. 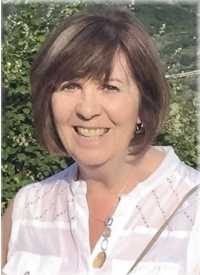 In loving memory of Sharon Carol Diane Roy (neé Boast), who passed away on October 25, 2022, surrounded by loved ones in the comfort of her home.

Sharon touched the lives of many, and was a beloved daughter, sister, wife, mother, grandmother and friend to those around her. Daughter of the late Thomas and Bernice Boast.

Sharon is survived by her husband and best friend, Richard. Together, they have two children, Jill and Kevin (Kristine).

Beloved mother-in-law to Karen and Michael. She is fondly remembered by her six siblings, nieces, nephews and cousins.

Born in Zabynia, Western Ukraine, the second oldest of 7 children, Nick described his life in Ukraine, Germany and Canada, as truly blessed.

He passed away peacefully, early in the morning of October 24, 2022, with his daughter, Halina and son-in-law, Ben Polsinelli, at his side.

Predeceased by his wife Marjorie. 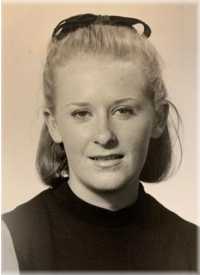 WALSHE, Mary Frances   -  It is with great sadness that the family announces the passing of Frances on October 24, 2022.

Born on March 11, 1949, the daughter of the late Patrick and Anna (Blackburn) Walshe, Frances was predeceased by her sister, Rose (Leon) Richmond and leaves behind her brothers, Patrick (Patricia) Walshe and Daniel (Linda) Walshe.

She will be missed by her dearly loved nieces, Emma and Julie, her nephews, Andrew, Ian and Liam and her American Rinder cousins with whom she spent many summers in Muskoka.

Frances was a graduate of Earl Haig Collegiate and Seneca College.

She began her career as a teacher and went on to work in retail and fundraising for many not-for-profit groups.

He lived a full and active life, very much on his own terms.

Jim will be dearly remembered by his wife, Valerie, of 65 years; his children, Andrew (Maria), Derek (2014), Edward, and Stephen; his granddaughter, Jessica; as well as his extended family and friends.

He moved to Australia for a time, and then Eddie immigrated to Canada to settle there as a proud Canadian.

Eddie was a devoutly religious man, holding his Catholic faith close to his heart. 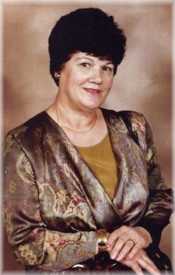 COLANTONIO, Guiseppina   -  The family of Giuseppina (Nella) Colantonio is sad to announce her passing on October 20, 2022, at the age of 92.

Nella was born in Montelongo (Molise), Italy, and immigrated to Canada in 1956.

Nella is predeceased by her husband, Frank, of 42 years.

She is survived by her loving children, Angela (Michael) and John (Julie); and six grandchildren: Peter, Natalie, Michael, Sandy, Alicia and Patricia.

Nella was known for her extraordinary energy, colourful personality and ability to excel in all areas of life.

FEUTL, Robert   -  Born in Burgenland, Austria, in 1933, Robert Feutl survived the Depression, the Second World War, and the Russian occupation, all before he reached his teens.

He apprenticed as a wagon maker, but knew the future lay in motor vehicles. 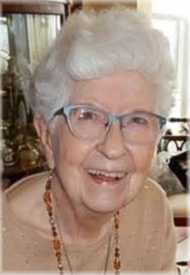 YOUNG, Mona   -  It is with deep sorrow that her family announces the death of Mona Young, on October 22, 2022, at Toronto Western Hospital.

Beloved wife of Johnston (deceased); dearly loved mother of Heather and Jennifer and her husband Rod Jones; cherished grandmother of Katy and Gregory, all of Toronto.

Mona was predeceased by her siblings and their spouses, Dr. Samuel J. Poots (Lilian), Dr. Vaughan Poots (June) and Mrs. Vera Anderson (Jim). She is also lovingly remembered by many nieces, nephews, grandnieces and grandnephews.

She and Johnston were married in 1952 at Fisherwick Presbyterian Church, Belfast, and emigrated to Canada in 1960. Mona was a born teacher. Teaching infused her approach to life.

She loved her grandchildren dearly, and that love was whole-heartedly returned. 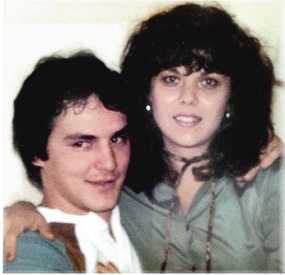 Derek's journey with cancer as his shadow has ended.

He passed on to a new adventure and into God's hands with his cherished wife, Jacqueline, by his side.

His spirit and legacy remain. In all aspects of his life, personal and professional, Derek earned the respect of those whose lives he touched.

He was keenly intelligent, a successful entrepreneur, a gifted public speaker, and an adventurer. He enjoyed motorcycles, snowmobiles and boats.

He and his sweetheart, Jackie, explored Georgian Bay in their Cabin Cruiser, often staying aboard for a week or more.

The family moved to Venezuela in 1948, where they remained for five years while her father, Frank, continued his education. 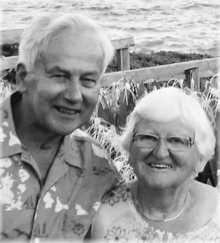 It is with great sadness that Caroline and Sonja Kloss announce the death of our mother, Vera Kloss, on October 21, 2022.

Vera was 93 years old and more than content to join her husband, who passed only a month prior.

She was tough as old boots but could not withstand a broken heart.

Mom's world was her family, and her house and garden.

She was an excellent cook and insisted on making an overabundance of food at every family get-together (there were never fewer than three desserts). 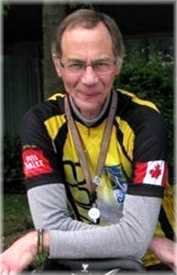 MONK, Simon Monk   -   64, of Toronto, passed away on October 21, 2022, surrounded by family and friends after a lengthy battle with cancer.

Son of Michael and Rosalee, brother to Hilary and Adam, he is survived by his children, Rachel and Joshua.

Among his accomplishments, he was most proud of being Six Sigma Black Belt certified, being a 15-year veteran of the Ride to Conquer Cancer, and not letting cancer stop him from enjoying and supporting jazz.

Activities he most enjoyed were cycling, skiing, and statistics jokes. 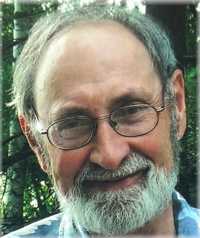 ZDANOWICZ, Andrew   -  Andrew passed away October 21, 2022, in Toronto, with his children, Yola and Peter by his side, following a valiant battle with cancer. Andrew was born in Biaystok, Poland, February 3, 1938, to Slawomir and Helena Zdanowicz (Placek).

After Russians falsely accused his father of spying and arrested him, Andrew, his mother, aunt, and Babcia heroically escaped Russian-occupied Poland, beginning an eleven-year journey, ending when he landed in Canada, at age 13.

Andrew connected with his great love, Krystyna, through friends at the University of Toronto Polish Students Club.

A dashing duo on the dance floor, they shared a passion for family, their Polish culture, community advocacy and art.

An accomplished singer, Andrew was as comfortable with opera as he was with Broadway show tunes.

Loving mother and mother-in-law of Michael and Debbie, and Eric and Susan.

YOUNG, Alberta Anne   -  (Formerly of Mount Dennis) Passed away peacefully, with her sons by her side, on Thursday, October 20, 2022, at the Collingwood General and Marine Hospital, in her 85th year.